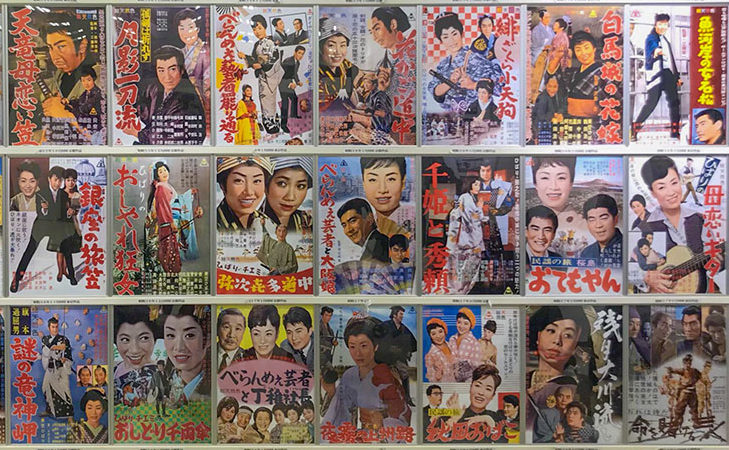 One thing you should know about me: I’m a HUGE fan of amusement parks. That’s why it felt ridiculous to learn that there was a park in Kyoto I hadn’t visited yet: Toei Kyoto Studio Park. If you’re traveling to Kyoto with kids – that’s a place you HAVE TO visit. It’s a theme park for Japanese period dramas that is actually used as a set for many movies and television series. I was about to go there many times, but you know how a tight schedule and having fun go together… they don’t 😞. There’s always something that seems to be “more important” or “more urgent.” That’s why I was so happy to see a pamphlet inviting international residents in Japan to a tour in the park! I knew that was my chance, because I am bound to go after putting my name down for something (like a tour).

I went there with my partner, and the tour began at 10AM. We had a great young lady named Maria guide us that day (in English, of course), who was with us through the whole tour. Our first stop was the Japanese Movie Archives and Exhibits. Maria explained many things about the exhibit. She told us about the history of the studio, which opened in 1975. She also introduced us to Shōzō Makino, the father of Japanese films, as well as to directors of other genres.

Actually Toei Park is only one studio out of many others that used to be located in the Uzamasa Tenjingawa area. In the middle of the 20th century, other studios were also located there, such as J.O. (1933-1941), Takara Production (1953-1987), and Nihon Dempa (1962-1967). In fact, in 1975, Toei Kyoto Studio Park opened its gates to visitors with the hope of promoting public interest in Japanese films, as the industry was having a hard time back then. They didn’t build any amusement facilities and instead aimed to give the public a real glimpse of movie shootings and the studio backlot.

Fortunately, the park did increase public interest in period dramas, as some TV stations started broadcasting them again. Since then, the park attracts many visitors every year. This time, the studio was holding a few free tours for non-natives living in Japan to promote historical dramas, which beautifully present Japanese history and culture, and to let visitors experience a samurai workshop. They also emailed me saying that they are planning to hold more events in the future, so stay tuned!

After the Japanese Movie Archives and Exhibits, the tour continued as we went to see a short movie about the park. After that, we met an actor dressed as a samurai who led us from place to place, while Maria provided us very useful translations. He explained the scenery as well as how buildings and even bridges wear different costumes for the filming of different scenes of different eras. He also explained some of the secrets behind shooting period dramas—definitely interesting information. So, to get started, here are three facts that you might have not known about Japanese period films:

1. The first Japanese film was shot in 1908. Directed by Shōzō Makino, it is titled The Battle of Honnoji (Honnoji Gassed).

If you have more interesting facts to share, feel free to write them in the Comments section

We also participated in a workshop on samurai swordsmanship, where they introduced us to some basic moves with a sword. How well did it go for me? Let’s say you’d do better 😉

More than anything, I really enjoyed the atmosphere in the park. It looked exactly like Edo-period Japan with its small houses, canal, and people walking around with different customs (samurais, geishas). The fact that it snowed that day just made it more magical!

Although not all the facilities have English translations, the park does have a Samurai Course For Beginners in English (where you learn how to use katana from professionals) and a ninja training dojo for children. The park also invites visitors to dress up in traditional customs (some for free!), and there are other attractions that require an additional fee, such as the ninja home, haunted house, 3D maze, and more. You can read about them here: Toei Kyoto Studio Park – Attractions.

Overall, this place is really one-of-a-kind. This is not a sponsored post; I really enjoyed my experience in the park and I’m sure you will too, especially if you’re a child in spirit like myself 🙂

If you’re interested in having the same experience, you can purchase tickets in advance in this link. If you’re in Kyoto with kids – you’ll really enjoy this place.

My Favorite Places To See The Autumn Leaves – Kyoto

Kyoto Station – The Unspoken Highlight of The City