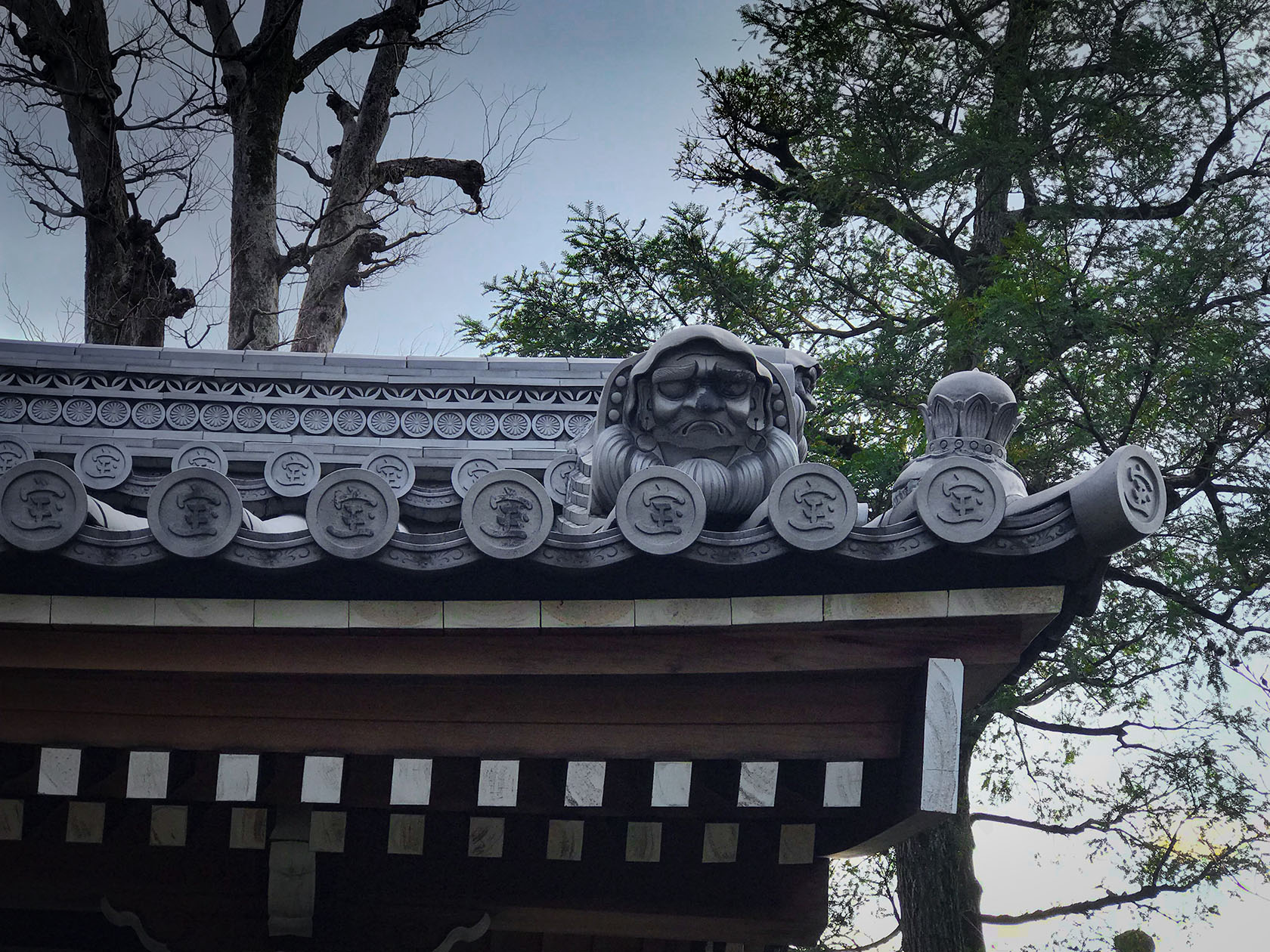 Before I begin, let me tell you the story of how I got to live in my current apartment, where I’ve been living for more than three years:

When I just came to Japan, I stayed at a friend’s house for about a month, while I was looking for a place to live. I went to three different real estate companies and saw countless places until I found my flat. From the moment I saw it, I knew this is where I should live. Although it had a few turn-off points – such as moldy walls, a bad smell from the toilet (both of which were fixed before I moved in), and an extremely small kitchen – one look out of the balcony changed it all. Through the window, I could see Higashiyama (or the “eastern mountain”) standing tall and proud behind an ocean of Japanese roof tiles. And then I realized: Oh my god, I LIVE IN JAPAN!

What's so special about KAWARA?

The Japanese roof tiles, called kawara, are one of the most noticeable elements of the Japanese landscape, especially in Kyoto, which still has many traditional houses. These roof tiles have high cultural importance, since they have been decorating the Japanese scenery for more than 1,400 years. There is some evidence that the Japanese started using kawaraas early as the 6thcentury, after the introduction of Buddhism by an ancient Korean kingdom. Buddhism brought with it new architecture and special building methods, one of which was the kawararoof tiles. Although many people think the tiles are made out of some kind of metal, they’re actually fired clay.

Through the hundreds of years that the Japanese have been using kawara, the compound for the tiles has evolved to fit the local climate and environment. In a country like Japan, which suffers greatly from natural disasters such as typhoons and heavy rains every year, along with occasional earthquakes and fires, the building method was adjusted for these unexpected events. Today, kawara are used for roofing in traditional Japanese buildings, such as houses and temples, and are expected to last for around 75 years with only minor repairs.

Traditionally, some houses have the face of an oni, or Japanese demon, on some of their roof tiles to protect house inhabitants from evil spirits. These demon roof tiles are called oni-kawara.Some houses even have the full body of a small guardian called shoki san, placed on the roof above the front door. These guys can easily be spotted in Kyoto, so lift your eyes up when you walk around.

Recently, I was lucky enough to have the opportunity to participate in a roof building workshop that was held by the Kyoto Kawara Construction Cooperative. The Cooperative is made up of different kawara companies. This time they taught us, 12 participants, how to construct a small Japanese roof. Every small roof had two participants building it with the help of one of the Cooperative members.

To tell the truth, I found this workshop while browsing Facebook and didn’t really know what to expect. First I thought they’ll show us a factory and the process for making kawara tiles. It was only after I arrived there that I found out that we’ll be given the roof tiles and the construction platform and have to build the roof ourselves! Good luck to us! It’s fair to say I wasn’t prepared for this.

Since the very beginning of the workshop, before I got to learn anything, I already wrote down for myself two rules for future construction workshops:

Rule number 1: do not come in high heels.

Rule number 2: do not come in a mini skirt.

After noting down these important points, I was able to focus on enjoying my time and constructing a nice, small roof with my partner from Hong Kong and our Cooperative instructor.

First, we had to place the tiles in their proper place and screw them in. It looked very easy at first, and then things got more complicated when we had to adjust the kawarato the right size by cutting them using special hammer techniques. Then, we applied a material called tsuchi so the tiles would stick (although tsuchi literally means “soil,” some tsuchi are made from soil, while others from chemical compounds). At the same time, we had to make sure that the lines were straight and that the height of the tiles was even.

When we all finished building our amateur roofs, and after I got a compliment for being good with the drill (“you are good at screwing” 😲), we got some little nice souvenirs from this unique workshop! The Cooperative members gave us all an oni kawara magnet, wet tissues with a painting of a kabuki actor, and a paper oni-kawara fan. Those interested also got a paper that had illustrations of the kawara types.

I asked one of the kawaracraftsmen in charge of the workshop the reason why they wanted to hold this event. He told me that they wanted to pass on the cultural importance of tiles to people from all over the world. He is the fourth generation of a kawaracompany, which has existed for 130 years, and he said that many companies are passed down from father-to-son (just like the Shoyeido Incense company). Some companies are owned by more than one person. The place where the workshop was held can be used by all members of the Cooperative, regardless of the company they belong to.

We finished our chat by noting that all the cooperative members are very busy these months since there are still many roofs in Kyoto whose kawaratiles broke in typhoon Jebi, which need to be repaired. Jebi, which hit Japan in September 2018, was the strongest typhoon in the last 25 years and caused severe damage all over the Kansai area.

I was very happy to participate in this workshop, which was said to be the first one held in Japan. I know that roof tiles are not one of the first things to come to mind when thinking about Japanese culture, but that’s exactly what drove me to write this post. So whenever you’re strolling around Kyoto or near traditional houses, lift your eyes up to the roof. What you’ll see is a tradition more than 1,000 years old! And if you’re interested in participating in a workshop, you might want to check the Kyoto Kawara Construction Cooperative Facebook page.

5 Things You Didn’t Know About The Japanese

Japanese Desserts – Wagashi: Sweets in Japan You’ve Got To Try!