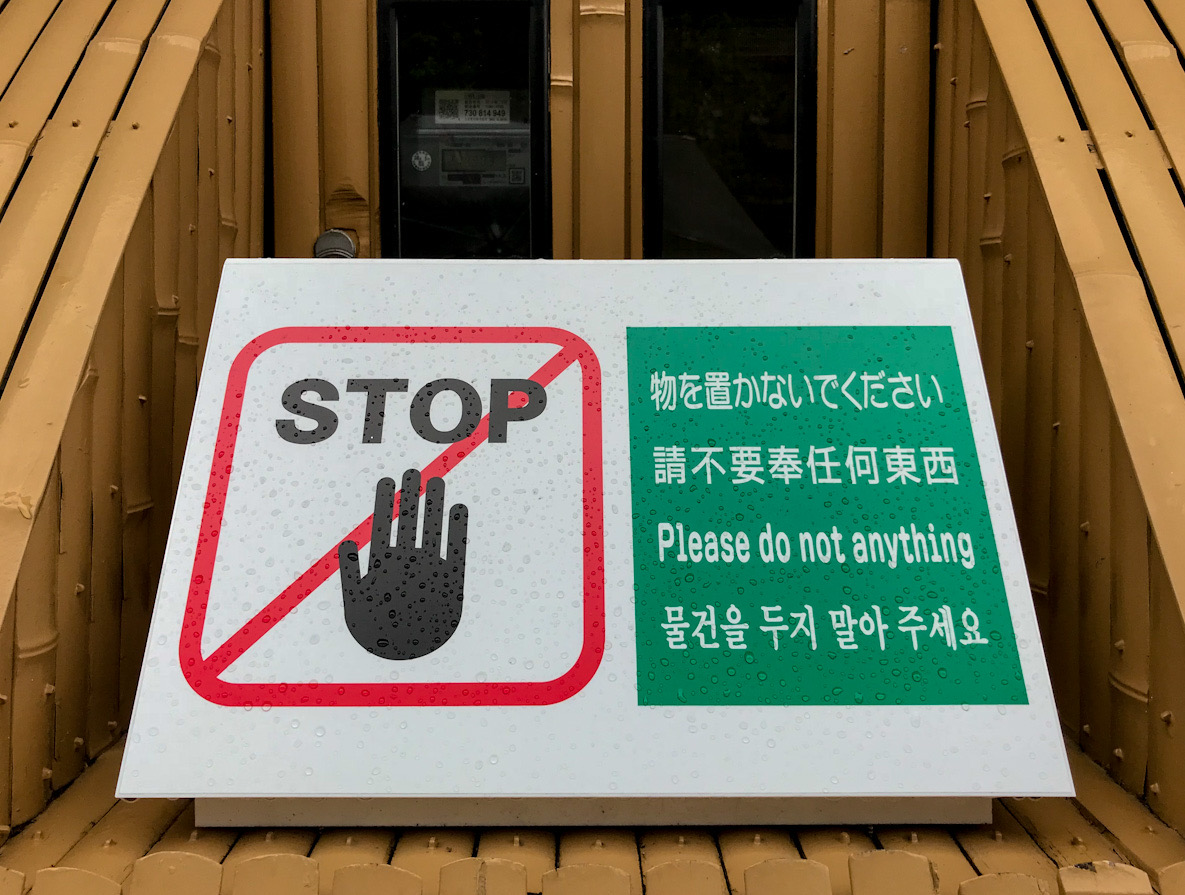 Japanese Manners – Signs Showing You How to Behave in Japan

If I had a dictionary in my head, one that is organized by my associations, next to the word “opposite” there would be two pictures: one of the Japanese culture and the other of all other cultures.

It seems like everything here in Japan works in the opposite way of what you would expect. At first, I thought it was only me, but apparently everybody I spoke to about it (Japanese people included) felt the same.

One of the things I find interesting is the Japanese way of letting visitors know the expected manners in the country. As it is considered rude to say it directly, the Japanese have other ways to convey the message. While there are so many challenges when living here, finding out what is expected from us is not one of them: multiple signs tell us exactly what to do. Here are some of them:

And a COVID19 one for finale

Let me make one thing clear:

I do think that most of these norms make sense. The cultural difference is not the expectations, it’s the way in which these norms are requested.

Share it with your friends and let me know what you think in the comments (:

My 8 Biggest Challenges When Living in Japan

8 Reasons Why You MUST Include Okinawa in Your Japan Itinerary