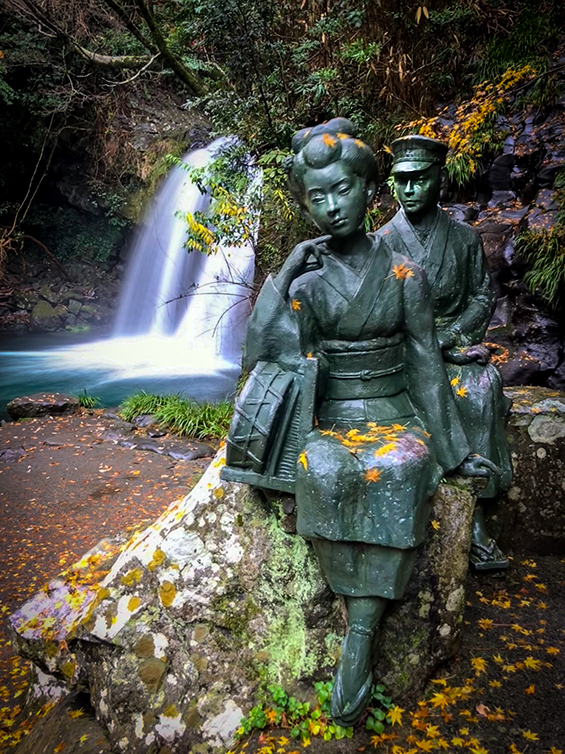 5 Things Everyone Should Learn From Japanese Culture

Before we get to it, I have a confession:

I haven’t always had it easy in Japan.

Being far away from family, the language that is unlike anything else, the demanding studies, the social expectations, the Japanese culture that is so different – all these things made my stay in Japan particularly challenging for a time. There was a reason I wrote you an entire post about my challenges as a non-Japanese person who lives here. Japanese society and Japan as a country have many faces, and it’s important to remember that.

But don’t get me wrong: I don’t for a moment regret coming here. There are so many distinctive and fascinating things in Japan that I can’t be indifferent towards. All these things are directly linked to the way Japanese society works.

These are the things I think we could all adopt from Japanese culture.

The Japanese have several very strong areas. You can’t take that away from them:

One of the things that has astounded me the most about Japan. I’ve always noticed that Japan is very clean, but I didn’t know to what extent. I think this realization sunk in during one of the festivals I volunteered in. It was a summer festival with world music and reggae, stalls with clothes from India, wanderers who earn a living from macramé jewelry – in short, a hippie festival through and through.

When the festival was over, we had to take everything down. And then something interesting happened:

There was a team responsible for cleaning the tents. That much is logical. But I didn’t imagine that they would scrub the tent itself: they went over the entire giant plastic canvas of the tent with a wet cloth and even sprayed water on the zip to get it clean. What’s more, there was even a team that cleaned signs that had been hung up in the area. After all, they use them every year. When we had finished, the site and everything that had been there during the festival had been scrubbed. It was no less astonishing.

In schools, the children are responsible for cleaning the classrooms and the bathrooms. They are taught to keep the public space clean from a young age. One rarely sees any litter or mess in the streets or at train stations. Certainly not in government offices or public institutions.

Some attribute the cleanliness to the Shinto religion, in which litter is ritually unclean. Regardless of whether or not this is true, Japan is the cleanest country I’ve ever been to and probably the cleanest you’ll ever visit, too.

Kyoto Station. The floor is always so tidy.

When I move through the streets of Kyoto, the city I live in, every so often I have to pick my jaw up off the ground. Sometimes it’s when I walk past the display window of a random store, when I see unique houses or when I encounter a Japanese flower arrangement (ikebana).

There’s no doubt about it: the Japanese aesthetic is simply a cut above the rest.

I believe there are two guidelines that make the Japanese aesthetic so unique and beautiful, regardless of whether it’s in an arrangement of products, clothing, or design of any kind whatsoever:

– Attention to detail. I won’t bore you with psychological studies that prove that Japanese people have greater attention to small details in a picture than other nationalities that have been studied (Sorry! As a psychology grad I can’t help but mention this 🤓), but I will point out that details which many of us tend to neglect receive special attention in Japan. That small ornament, that corner at the end of the room, that wayward leaf – they are no less important than any other design element. Try to pay attention to this whenever you see any kind of Japanese design.

– Minimalism. Less is more. It’s not just a cliché, and I’ll explain: When we have a room with no furniture in it, a poem consisting of only a few words, or a painting most of which is white and blank – our imagination needs to fill in what’s missing. And so every element that is present in the design has a big responsibility, because it is what guides our imagination in piecing together the big picture. Minimalism is one of the central principles of Japanese aesthetics, and it places a higher value on every element that is actually present in the design. And there’s no doubt about it – it’s simply aesthetic.

A random display window in Kyoto.

A Japanese house. Not so much furniture, huh

Some of the gardens were developed as gardens to sit and meditate in front of, some of them are the entrance to a tea house, some were built in the villas of noble families, and there’s still an abundance of other kinds of Japanese gardens, all of them spectacularly beautiful.

What I love about Japanese gardening is that it also has special attention to detail (remember the previous section?); every rock has meaning, different plants are planted according to the seasons (more about this in the next section), and every island in the pond has a story behind it. The garden conceals within it many meanings that the visitor or the observer must discover. Every garden has its secrets.

4. Attention to the seasons

I don’t think any of us ignore the seasons, but in Japan particular attention is paid to each and every season.

By the way, if you thought there were only four seasons – think again. The traditional Japanese calendar has no fewer than 72 seasons, each with its own characteristics. For those of you who are interested in the characteristics of each of the 72 seasons, I highly recommend the 72 seasons app. Every few days, a new season begins, and in the app you can see what’s special about it, what poem has been written about it, what foods are associated with it, and which animal characterizes those days of the year.

Whether spring, summer, fall or winter has arrived, the Japanese will mark the season in a special way. Flower viewing in spring and chestnut and persimmon decorations in fall are just small examples. The great appreciation that the Japanese have for the seasons is also expressed in their customs, such as hanami (flower viewing) in spring, in architecture, for example the special windows that are opened to the snow, and in many other realms.

If you visit Japan, note that, for example, restaurants have special dishes according to the seasonal vegetables. It’s something that is woven throughout Japanese culture, in restaurants, hotels, events and whatnot.

There’s something sensitive and special about the excitement surrounding the seasons that draws your attention to things that some of us take for granted, and it’s always possible to marvel at them more.

Autumn decorations in a local bakery.

5. Restraint – the ability to show self-restraint

I must qualify this, and mention: Japanese people are very different from each other (as I wrote in this post). However, there are attributes that most of them share.

One of the things I’ve noticed in particular is their ability to restrain themselves, or “keep it inside”.

There are, of course, situations when I personally don’t think we should keep it inside, and it would be better to speak out. But I’m not talking about restraint, I’m talking about the ability to restrain oneself. The ability to feel uncomfortable and endure it, even though it’s not the ideal situation. I wish we could all do that, as long as it’s reasonable and doesn’t end up in extreme situations.

In the context of Japanese culture, restraint is mostly shown and directed towards maintaining social harmony. But the truth is that there is also an incredible contribution in the personal dimension. When we master our urges, or endure uncomfortable situations, we simply toughen up and learn to appreciate what we’ve got. Whether hunger, fatigue, the urge to go to the bathroom, cold, discomfort – a brief wait can be unbearable or unnoticed, it’s all a matter of our attention.

I’ll mention once again that I’m not in favor of pushing the limits, and I do think that we should be attentive to our needs, but it’s also important to develop our ability to restrain ourselves. This ability is of supreme importance in Japanese society.

This post is not intended to criticize or to praise one society over another. I believe that we all have something to learn from each other. And yes, there’s a lot to learn in the case of Japanese culture 😉.

What do you say?
Anything worth adopting from Japanese culture?

Recycling in Japan: Where Does Our Waste Go?

The Secret of Japanese Incense – A Visit to SHOYEIDO

10 Words That Exist Only In Japanese