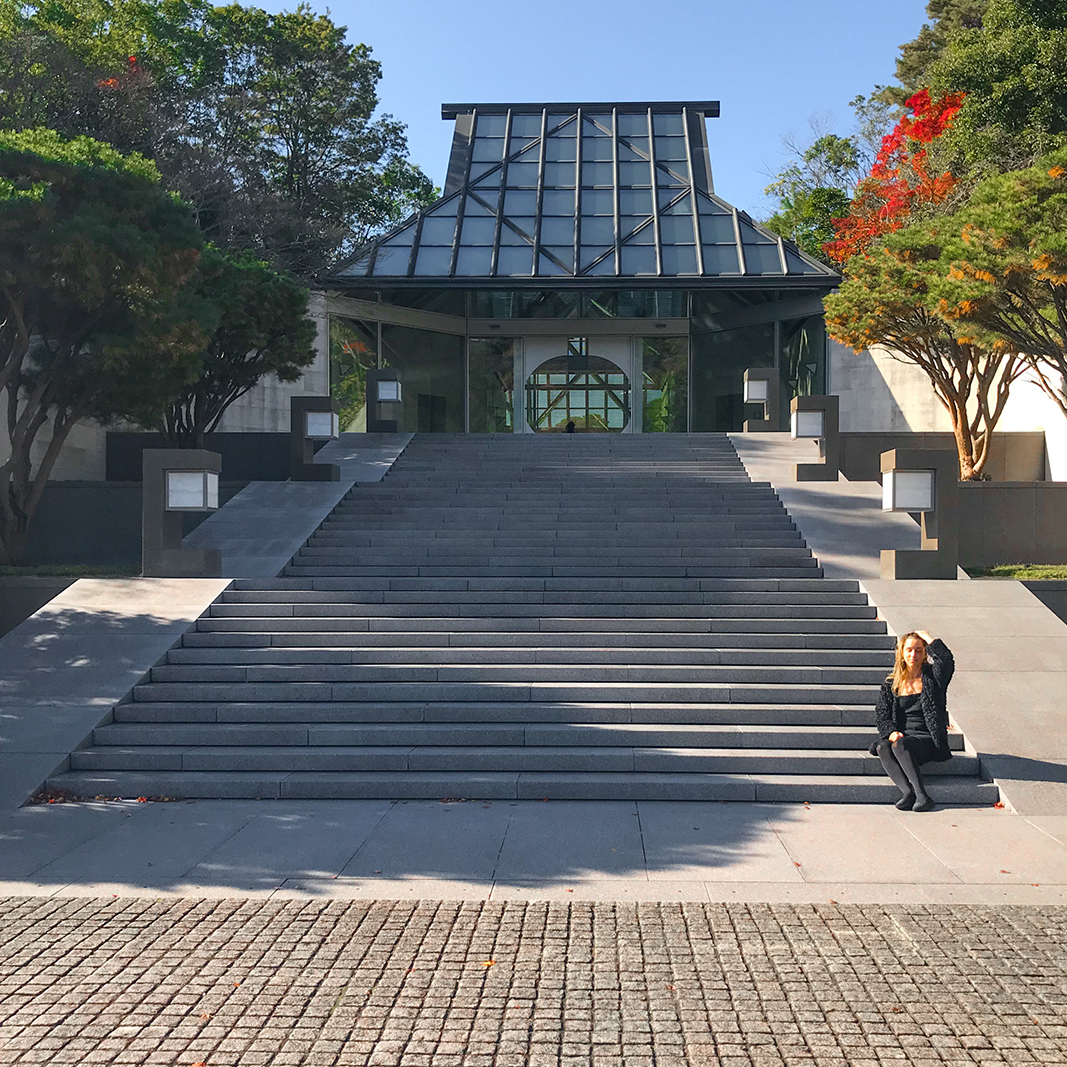 Miho Museum and Shigaraki – A Perfect Day Trip From Kyoto

Amazing architecture, artworks, nature and traditional ceramics – if you’re interested in one or more of these things then keep reading. The charm of Miho Museum and the town of Shigaraki is just an hour and a half from Kyoto, making the area perfect for a day trip. It’s one of my favorite day trips from Kyoto, together with this one, this one and this one.

So, why is it even worth visiting when there are so many amazing spots in Kyoto itself?

What makes the architecture and ceramics in this area so special?

You’re about to find out.

Miho Museum – What’s the story behind it??

Before we talk about what’s actually inside the museum and why it’s worth the visit – on a mountaintop in Shiga Prefecture – let’s take a step back.

If you’ve asked yourself what exactly Miho is – it’s a name. Someone’s name. Not just anyone, someone who was one of the wealthiest women in Japan. Miho is actually an abbreviation of her full name, which is Mihoko Koyama.

Koyama (who died in 2003) was the head of the religious group Shumei (Shinji Shumeikai) which she founded in 1970. The Shumei creed is, in short, a philosophy of life based on three pillars:

– Spiritual purification by passing divine light over the patient (an exercise called Jōrei),

– Physical purification through natural agriculture, and

In order to build a museum for her collection of tea ceremony utensils, which included rare, ancient and valuable pieces, Mihoko approached the person she considered the best architect of the time: I. M. Pei. Know the Louvre Pyramid in Paris? Well, he built it, among loads of other spectacular works.

Together, Koyama and Pei decided that this collection of tea utensils was not enough to attract visitors to Shiga. Then, it was decided that the museum would display additional pieces. Pieces that came from all sorts of places around the world to Japan. So, Koyama and her daughter started acquiring pieces from the Silk Road.

The idea is a connection between East and West. And so in the museum you can see pieces from Japan, China, India, Iran and as far as Egypt.

Pei drew his inspiration for the museum’s roofs from Japan’s kayabuki roofs. These roofs are characteristic of rural places, and examples can be found on houses in Miyama in Kyoto Prefecture.

The entire museum is situated on a mountaintop looking over the surrounding valley. Add to that the transparent walls and roof through which the light penetrates halfway, and you get ingenious architecture in all its glory.

When, where and how do I get there?

An important detail to take into consideration is that Miho Museum is closed in winter.

Because it’s on a mountaintop and you have to cross a cable bridge to get to it, the museum is closed to visitors from around mid-December until around mid-March.

Apart from these dates Miho Museum, like most museums in Japan, is closed on Mondays and specific dates. I recommend that you plan your trip to the museum according to the days it’s open. In fact, you can buy tickets in advance on the museum’s website.

The easiest way to get to Miho Museum is from Kyoto. I won’t write the whole route here, because the route changes according to your starting point in Kyoto.

In general you need to get to Ishiyama Station and take the station’s south exit to the bus area. Next to platform 3 is a ticket machine where you can buy tickets for the bus that goes to the museum. The ticket costs 840 yen per person and the trip lasts about 50 minutes. There’s no train to the museum, and when you take the bus there you’ll understand why 😉

A personal tip: The bus to the museum departs every hour between 9 AM and 1 PM, so plan your trip around the buses.

You can also get to the museum by rental car. Just take into account that the road up the mountain is narrow. Sometimes there are cars coming in the opposite direction, and you have to reverse to make space for them.

Our experience: We were going by bus when suddenly a truck appeared in front of it. Because that stretch of the road was narrow, the bus tried to reverse, but at the wrong angle and BOOM! The bus and the truck kissed (in a bad way).

After the drivers had exchanged details, they called the police and took down our details as witnesses. Then they called in another bus for us and the rest of the passengers, which took us the rest of the way up the mountain. All in all, quite an experience.

I’m not trying to frighten you. I just want to warn you in case you’re tempted to go there in a rental car, so that you don’t regret it.

If you have time left after you’ve taken in the museum, the artworks in it and the nature around it, you can continue your day trip at the nearby town of Shigaraki.

Shigaraki – the town of ceramics

As far back as the Middle Ages, Shigaraki was an important town in Japan’s ceramics industry. The ceramic vessels that characterize the place have a somewhat coarse appearance, which became a favorite in Japan.

Many of the ceramic vessels you’ll see when touring Kyoto, and indeed throughout Japan, originate in Shigaraki. They’re just much, much cheaper in Shigaraki.

Something else you can’t miss in Shigaraki is the insane number of tanuki statues found throughout the town.

A tanuki is actually an animal native to Japan, a type of wild dog.

The tanuki statues depict the Shinto god Tanuki who sometimes shapeshifts and appears as the tanuki animal, sometimes in other forms. Tanuki is portrayed as an agreeable but naughty character who is always carrying a jug of sake and a promissory note. Ah yes – he also has a giant scrotum. It’s a fundamental part of his figure, so just go along with it.

The local folklore treats Tanuki as a god of success, prosperity and abundance. And so if you yearn for success and prosperity, at home or at work, it’s always good to have a tanuki at the entrance.

When, where and how do I get there?

From the Miho Museum you can take a short bus ride straight to Shigaraki. Again, I advise you to check when the buses depart. During the COVID pandemic, they’ve been departing twice a day, so you should schedule accordingly.

In Shigaraki you can eat lunch, sit down for a coffee, browse ceramic shops and check out the tanuki statues. At the end of the day you can catch a train back to Kyoto. There isn’t a direct train, but from Shigaraki Station you can get back to the right area.

From about 5 PM, most of the shops and places in Shigaraki are closed, and there isn’t anything to do there too late in the evening. I recommend that you start heading back to Kyoto at around 6 PM.

So, if you want to take a bit of a breather from Kyoto and immerse yourself in Japan’s countryside for a day trip, I highly recommend this trip.

What did you think about Tanuki?
And about the architecture in Miho museum?
Write me in the comments!

Not Only Sakura – Japan’s Most Stunning Blossoms – Save This Post!

KOBE – A Great Daytrip From Kyoto

10 Words That Exist Only In Japanese

Kyoto Station – The Unspoken Highlight of The City