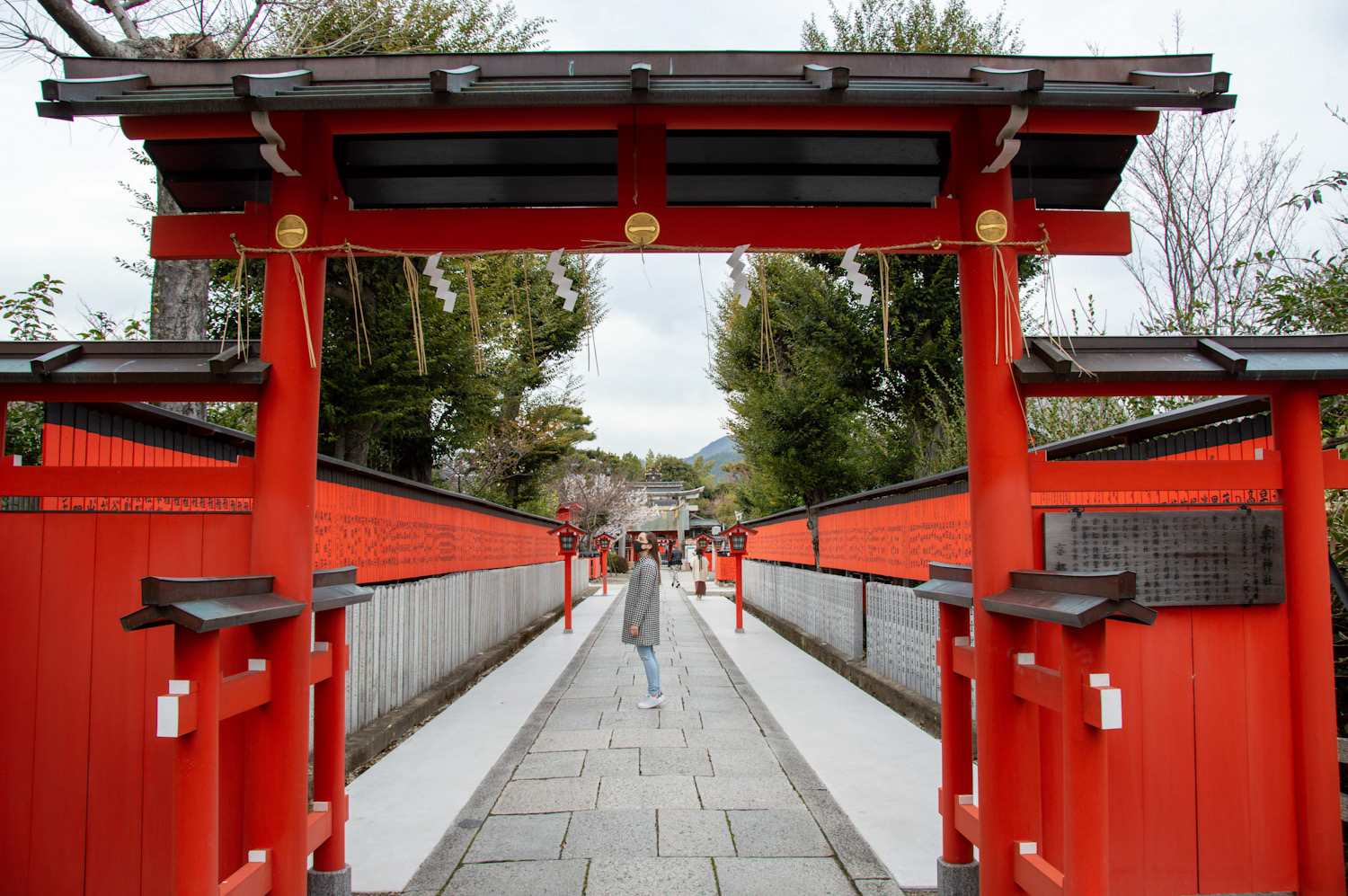 “Lilia, how many gods are there in your religion?”
“We only have one.”
“Only one?! Is that enough for you?”
“Yes, he’s omnipotent.”
“Doesn’t he get tired of doing everything on his own?”

They say that in Shinto, Japan’s traditional religion, there are 8,000,000 gods. That might sound like a lot, but each god has a very specific job to do. Want financial success? There’s a god for that. Want the trip to go smoothly? Ask the relevant god. Want to pass exams? Go to the shrine of the god who handles that. A bit like government offices 😉.

This time I’ve put together a list of a few Shinto shrines that handle very specific areas. I think you’ll be pretty surprised to find out about some of them.

The shrine of hair

We all know someone who, at a certain age, sees their hairline recede, starts developing bald patches, losing hair, or just has a bad hair day. But don’t worry, in Japan this has been taken care of!

The Mikami Shrine in Arashiyama (not far from the Bamboo Grove I wrote about in this post) in Kyoto is the only shrine in Japan dedicated to hair. It’s intended not only for people who want to improve the condition of their hair, but also for barbers and people in the beauty professions. That’s why you can find amulets shaped like scissors and combs being sold in the shrine.

Here’s a place you can buy a souvenir for your hairdresser!

Even though the Shiramine Shrine was originally built for two deceased emperors who lived hard lives several centuries ago, the people who come to the shrine don’t necessarily know their stories. What they do know is that if they pray to the deities (kami) in this shrine, they’ll have success in sport, especially football.

The first time I visited this shrine was with a bunch of Japanese high school students who insisted on buying amulets there. They all played in the various school teams and to them it was obvious that during their trip to Kyoto they had to visit this shrine.

In the tiny shrine you can see impressive billboards of Japan’s national football team, the Samurai Blue, and Japan’s women’s team, which, if you didn’t know, was until recently one of the strongest teams in the world and might achieve impressive things in the future. There are also loads of balls signed by famous athletes right outside the amulets stall.

If you’re in the vicinity of the shrine on April 14th, you can expect to see players wearing the attire of the nobility of the Heian period (794-1185) playing the Kemari ballgame, a sight you don’t want to miss!

A shrine for money

Let’s be honest for a moment: we’d all like some cash in the bank. Is it any different in Japan? Absolutely not.

In Japan, Kaneyamahiko-no-Mikoto is believed to be the god of gold mines and a gold bullion collector. He has shrines in all kinds of places in Japan, and many people go there to pray and ask him for help in money matters. His shrine in Kyoto is not far from Oike Street and is called the Mikane Shrine.

But make no mistake – he’s not just linked to gold. He’s also the god of artisans who work with metals, and they also visit the shrine when they have a favor to ask of the god. If you’re in the area of Nijō Castle, I can recommend visiting it for a few minutes.

A shrine for stage performers

Inside the gorgeous Kurumazaki Shrine in western Kyoto – a delightful shrine during the blossoming of spring – resides the Geino Shrine, dedicated to the Shinto goddess Ame-no-Uzume. Why is this goddess so important? According to Shinto mythology, when the sun goddess hid in a cave and did not want to come out, Ame-no-Uzume danced outside the cave so skillfully that she enticed the sun goddess to come back out and light up the world. To this day, Ame-no-Uzume is considered the goddess of the performing arts.

Many artists come to ask her for fortune and favor, and the donors’ stage names are displayed proudly on orange boards around the shrine. You can see the names of DJs, singers and bands.

So if you also perform and are interested in Shintoist providence ahead of a performance – this is the shrine to visit.

The shrine of the search for love

What’s the most significant thing in humans’ lives? Love, of course 😊

The Jishu-Jinja shrine is entirely dedicated to the search for love and relationships. Visitors pray to the god Okuninushi-no-Mikoto, the god responsible for love and marriage, among other things.

The shrine is situated on the site of the famous Buddhist temple Kiyomizudera that I wrote about in this post. Inside the Jishu shrine are lots of miniature shrines and amulets that you can purchase in order to find love. There are also wooden boards called ema on which you can write wishes.

In the shrine there are also two stones set into the floor. It’s believed that anyone who walks from one stone to the other with their eyes shut will find love. It’s actually really cute to watch school kids walking the path with directions from their friends. Don’t miss this charming place!

A shrine for ending relationships

So we had a shrine for finding love, and now it’s time to give way to those who want the opposite – to end a relationship.

When I went there with Japanese friends, they told me that it doesn’t end with human relationships. On the ema boards in the shrine, you can see that some people have asked to end to their body’s relationship with cancer, free their lives from psychological stress, or get rid of troubling thoughts. Of course, there are also those who ask for help for family members and friends.

In the shrine is a large stone with a big hole in the middle. The belief is that someone who crosses to the other side can easily end the undesired relationship in their life. This may sound pointless to some of you, but whenever I’ve passed by, there’s been a queue to pass through the hole to the other side of the stone. For many people, the shrine and the customs associated with it are extremely important.

This shrine is very special in its appearance and in its significance, and I highly recommend checking it out when you’re in the area. You’ll be able to take in a strong sense of Japanese culture.

This is an incomplete list of special shrines you can find in Kyoto. Write to me in the comments if there’s a shrine you think should be built! Perhaps one like it already exists…

Markets in Kyoto – Three Markets You Must Visit

Yayoi Kusama – What’s With All The Hype?