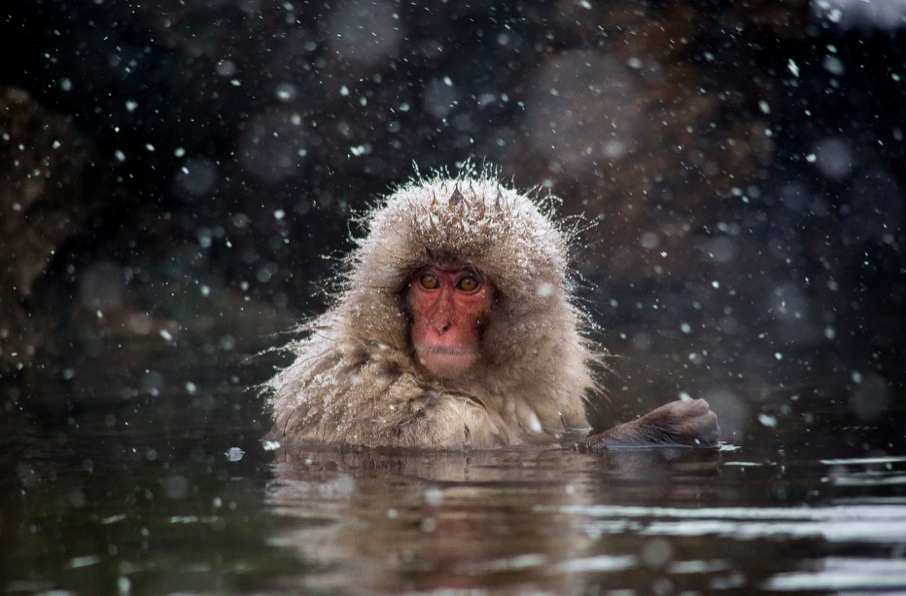 Onsen Etiquette – What Not To Do in Japanese Hot Springs

So you’ve come to Japan and have heard there are plenty of hot springs (called “onsen” in Japanese). At one of your destinations you discover that there’s an onsen, but when you try to go in you discover that, for some reason, you can’t, and the receptionist is unable to explain to you in English why not (hint: do you have a visible tattoo?). Or, worst of all, you manage to get inside, but you sense that all the Japanese people around you are greatly displeased by your presence – or is it perhaps something you did?

Today I’ll explain everything about bathing in an onsen in Japan: what an onsen is, what’s allowed and what isn’t, and why it’s an experience you can’t afford to miss while you’re in Japan.

So, what’s an onsen?

It’s essentially a pool of natural hot water. Thanks to the high level of volcanic activity in Japan, many places have hot pools like this, which contain minerals and are considered good for skin health, and you can bathe in them. The water temperature in onsen is at least 25°C (77°F) and in some onsen it even gets as high as 50°C (122°F)! In certain places in Japan there are onsen around which a traditional Japanese hotel has been built, making the hot pool a part of the hotel. However, there are other onsen where the pool formed naturally, and they are open to all. Natural onsen exists in numerous places, and most of them regulate bathing in such a way that the area remains orderly and clean –- so I highly recommend inquiring about onsen when you travel through rural or wilder areas.

The idea with onsen is simply to immerse oneself in the hot water, sit, relax and enjoy 😃. Many onsen are right in the heart of nature, far from the bustling city, and so an onsen is always associated with mountainous and forested scenery and a “profound connection with nature”. In some of the traditional hotels with onsen (by the way, in this case the entire hotel will be called an “onsen”) there are open-air onsen! But don’t be afraid to venture out to the outdoor onsen even in extremely cold weather – once you’re in the hot water, you won’t feel the air temperature. In fact, it’s even better to bathe in an onsen when it’s cold: the relaxation of the body and muscles in this kind of weather makes bathing in an onsen even more pleasant and enjoyable.

Before we move on to the rules of bathing in an onsen, I want to mention something small: I’ve been asked on multiple occasions about the public bathhouses in Japanese cities. These are called sentō. They aren’t the same thing as onsen. Whereas an onsen is a place intended for enjoyment, relaxed bathing and recreation, a sentō is a place simply for washing oneself. In the past, when most people didn’t have their own bath or even a shower at home, Japanese people would wash themselves every day in the neighborhood sentō, and some enjoy doing so even today. However, in spite of the essential difference between onsen and sentō, the rules for bathing in them are identical. So take note if you decide to bathe in either kind.

Rules for bathing in onsen

1. Don’t get in the hot bath without taking a shower first

Because many people share the same hot pool, it’s customary to shower before entering it, to soap up and scrub off all the dirt. There are always showers at the entrances to onsen, and so after the shower you can get in the hot pool without your body temperature changing too much. Don’t forget to shower before getting in the hot pool! Japanese people will really frown on it if you get straight in, and it will be really awkward.

2. Don’t get into an onsen with a costume on

In fact, the only outfit you’re allowed to wear in an onsen is your “birthday suit”. At the entrance there are dressing rooms with lockers where you can leave your clothes and valuables, and the locker’s key is linked to a bracelet that you wear while bathing. At most onsen, women and men bathe separately, so there’s no cause for concern in this regard.

If you don’t like the idea of bathing in the nude surrounded by strangers, you can look for accommodation with a “private onsen”. In these onsen rooms, you can bathe alone or with your family without encountering strangers.

3. Don’t enter the onsen area with shoes on

Leave your flip-flops in your room, because you’re meant to arrive at the onsen barefoot. Don’t even bring shoes to the area outside the pool. The utmost cleanliness is practiced at onsen, and there are always staff responsible for cleanliness, so there’s no need to worry about dirt. What’s more, because everyone is barefoot around the onsen, the floor will always be made of a non-slip material.

4. Don’t drink (and definitely don’t eat) in an onsen

Perhaps you picture someone sitting in a jacuzzi, drink in hand. Regrettably, onsen etiquettes require us to behave differently. You can’t drink in the onsen area or bring in any food items. Because bathing in the hot springs can be dehydrating (even if we don’t notice it), the dressing rooms usually have a water dispenser you can drink from.

Apart from onsen that allow tattoos, as a rule of thumb, people with tattoos are not allowed to enter onsen. This is because tattoos used to be worn by members of the Japanese mafia, the Yakuza, and as you can imagine, onsens didn’t want to host mobsters. If you have a small tattoo, you can cover it with a big plaster or a bandage, but remember that you’ll have to keep the bandage on the whole time you’re bathing.

To keep the onsen clean for all the bathers, you have to have your hair up while bathing in the hot pool. None of us would like to swim alongside someone else’s hair, so bring along some scrunchies/clips or some other means of putting your hair up.

I highly recommend visiting an onsen when you’re in Japan. It’s a relaxing experience, the locals try to give a sense that “everyone’s minding their own business”, and the scenery is dreamlike. Add it to your list of “things to do while in Japan”!

Have you tried bathing in an onsen in Japan?

Do you have any interesting recommendation?

Japan For Vegans, Vegetarians, and Kosher Eaters – The Ultimate Guide

Tadao Ando – The Japanese Architect Everyone Needs To Know